Concussions are something that occurs in all kinds of sports and also in society in general.
The fact that concussions occur in our hockey leagues; SHL and Hockeyallsvenskan, where our ice hockey players work, is nothing new.  SICOs top priority is to constantly work on the players safety on the ice. The increased speed and the way hockey is developing, can lead to more powerful hits.

Concussion are now one common injury among professional ice hockey players. Most people today are aware that concussions can lead to serious consequences. Many of us knows someone who has suffered a concussion, but it is difficult to diagnose. You can’t see just by looking at the person how he or she feels, the person can look just fine but feels sick. This includes a number of other factors. Lack of awareness among athletes, audiences and staff members regarding the significance of concussions can cause performance pressure on the ice for the players.
This pressure from others, but also their own will to perform and to get game ready as quickly as possible can sometimes make the situation worse. Concussions need to be properly managed to prevent them from lasting longer than necessary. Coaches, team doctors, and the athletes need to pay attention to the severity and symptoms of the concussions, how long recovery takes, and the time between concussions.

There are only a few people who understand the severity of a brain injury and that it is an actual damage to the brain tissue. We know today that it’s extremely important for the player’s future health and well-being that they can take good time before returning to play. The brain needs time to heal after a concussion. The brain usually heals well after one concussion. Repeated head trauma and multiple concussions can result in long-term neurologic and functional deficits.

SICO wants to enlighten the seriousness of concussions and the consequences they can give. Repeated trauma to the head may cause chronic headache, poor balance, migraines, depression and other physical, cognitive, and emotional problems.

We have also noticed that the mental health among players in SHL and Hockeyallsvenskan have gotten worse. This along with the study on betting habits (http://sico.nu/media/Spel-om-pengar-inom-idrotten.pdf) gives a worrying picture of the daily climate for our members. SICO also wants to fight the stigma around mental illness. Nowadays, there are more people who understand that mental illness is nothing to be ashamed of. Considering the enormous mental and physical demands on professional athletes today, it is not hard to understand that athletes become psychologically exhausted.

SICO in cooperation with The Swedish Brain Foundation

SICO has initiated cooperation with The Swedish Brain Foundation, for the purpose of raising money and benefit for research on “traumatic brain injury” and “mental health issues”. The fundings will also help treat players who suffer from a brain injury and its consequences.
With #AthletesMind we want to enlighten the problem and together we can show that we care about each other and our brain health. Spread this message further to support and help to visualize these issues that are not necessarily seen or discussed. Show that you care!

How can you help?

Use SWISH if you wish to donate a sum of your choice to 123 340 75 41, marked with GodHjärnhälsa, the fundraising will support rehabilitation for athletes that been exposed for head trauma during sports.

You can also send an SMS-gift to support The Swedish Brain Foundation, send “sico100” to 72901 and donate one hundred Swedish kronors. This donation will support the research on traumatic brain injury.

Use your social media accounts to pay it forward to someone that you care and think about. Together for a better Brain Health.

Latest from the feed 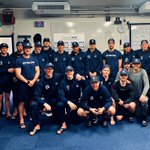 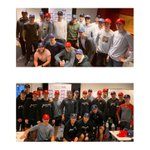